Following on from my interest in baking homemade bread again, the pain au lait (milk bread) was the next recipe on my to-try list after the choc chip filled bread buns. I adapted the recipe from Poires au Chocolat somewhat as I don’t own a bread machine and needed to mix and knead the dough out by hand. In the end, the dough took almost twice the amount of time to double in size which got me worried that I might not have prepared the dough properly but it was really just the room temperature that was the main factor in slowing the rise.

Here’s the braided dough after the first rise, waiting for the second rise: 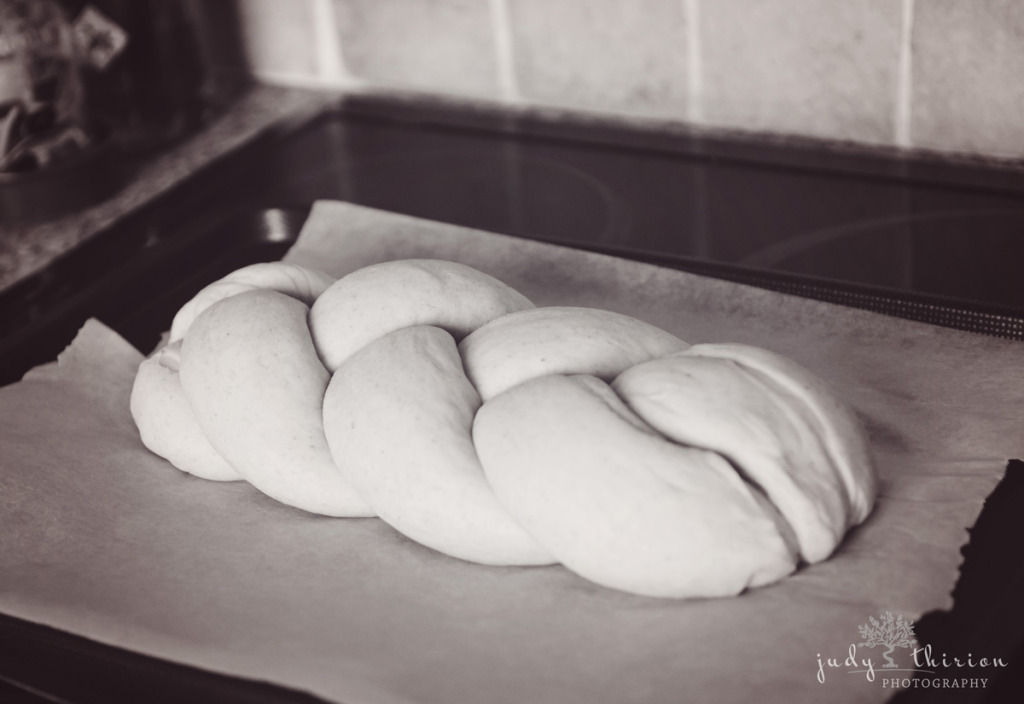 After the second rise an hour later I put the dough in the oven to bake. I was pleasantly surprised by the result as the aroma as well as the texture resembles that of a brioche, only it has a lot less butter content. Overall, I’m extremely happy with the bread – and so is my husband and son :D. 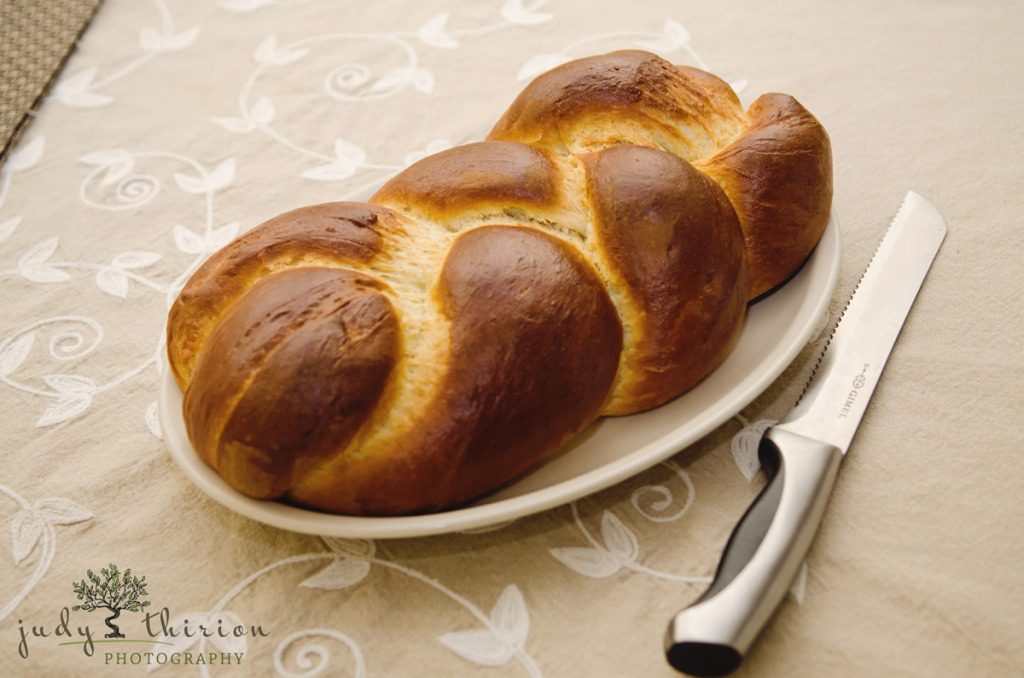 Here is the recipe I used to make the Pain au Lait:

Warm the 250ml of milk in a large mixing bowl slightly to about 37°C (no more than 40°C). Sprinkle the sachet of yeast into the milk, mix, and let it rest for 15 mins.

Add the sugar, salt, beaten egg (IMPORTANT: keep 2tsp to use as egg wash later) and melted butter into the mix/yeast mixture. Stir until blended.

Sieve the plain flour and bread flour into the mixture and stir until it forms a rough dough. Scoop out the dough onto a lightly floured surface and knead until the dough is silky and elastic (between 8-10 mins). Place it in a lightly oiled bowl, cover the bowl with cling film and leave to rise in a warm place – it generally doubles in size around 2 hours, more or less.

When it has risen, scrape the dough out of the bowl and divide into three pieces – they should be around 300g each. Roll each piece out into an even rope that’s about 30-35cm long. Place them next to each other heading away from you (i.e. looking like I I I) and squish the top ends together, so you have a tripod. Pull one of the outer strands over so that it rests between the other two. Repeat with the outer strand on the other side and so on. When you get to the end, press the strands together and tuck both ends under the loaf.

Transfer to a large, lightly greased baked sheet. Cover with a clean tea towel and leave to rise again for about 40 minutes to an hour – if you poke it gently with a finger the indent should stay visible without springing fully back.

Meanwhile, preheat the oven to 200°C. When ready, add 1 tsp of milk to the extra bit of egg and carefully and gently brush the loaf all over. Place a dish of boiling water on the bottom rack of the oven and then place the bread in the top half of the oven. Bake for 10 minutes then reduce the temperature to 180°C. Bake for an additional 15 minutes or until the bread is a shiny and deep brown and sounds hollow when tapped on the bottom. Remove to a wire rack to cool fully before slicing.